Coughing is a natural physiologic response to the solicitation of an external agent that the body feels like a nuisance and try to eject. It can be caused by viruses, bacteria, toxins, allergens, from taking certain classes of medications (eg. antihypertensive medications) or can be linked to disorders such as gastroesophageal reflux, however, if continued over time can become a major nuisance.

You can define two types of cough: a dry cough, characterized by the absence of sputum that causes irritation and burning feelings to the throat and to the upper parts of the bronchial tubes, and a productive cough that produces abundant mucus.

Some herbs used extensively in tradition as lime, elderflower, star anise and fennel help soothe dry cough, sore throat, hoarseness and lowering of voice thanks to their antimicrobial properties and soothing able togive relief to the upper respiratory tract ; The addition of honey makes the product very pleasant but also assists these effects with its antiseptic and immune-stimulating properties.

Cough and nose and throat health

Among the natural remedies for dry cough surely the first place is occupied by honey; its effectiveness is today also corroborated by scientific studies as well as by a large traditional use. Numerous studies emphasize the effectiveness of honey as a cough suppressant1 and show how this complex food represents a better and natural treatment than using dextromethorphan to nocturnal cough related symptoms in children2. It is believed that the phenolic compounds, such as flavonoids, represent the honey most active and interesting part and to the flavonoids are granted other properties such as: antiviral, anti-inflammatory and vasodilatory3.

To reduce nasal congestion and to relieve throat irritation, traditional medicine has used plants including the linden tree flowers and fennel: in Germany, the linden flowers are present in the official German pharmacopoeia and are approved in the monographs of the E Commission (the German Ministry of Health Scientific Committee that gives scientific expertise for the approval of substances and products used in herbal medicines) which indicates it to treat colds and coughs4; its therapeutic effects in the treatment of irritated buccal membranes can be explained by the component in mucilage (macromolecules produced by many plants useful for water retaining) that creates a protective film on the oropharyngeal mucosa alleviating the discomfort5.

Fennel is another medicinal plant that is often found in cough syrups (antitussives and expectorants), as well as in remedies for the stomach and the intestine. The Commission E and the ESCOP (European Scientific Cooperative on phytotherapy) have approved the use disorders for to upper respiratory tract6 (ESCOP, 1997); other studies have shown that oil of fennel has a bronchodilator effect7,8.

The elder is an important medicinal plant whose leaves and flowers are used in many preparations to treat disorders of the respiratory tract in the case of nasal congestion, colds and as an expectorant in cough.

Honey is a product that can be used to treat for many disorders: from flu to postoperative infections, burns, to treat diabetic foot ulcers and today those who were applications in popular medicine are becoming increasingly part of modern professional medicine. Its broad spectrum of activity is due to the presence of some active compounds that give it antibacterial, antioxidant, anti-cancer, anti-inflammatory and antiviral properties. The antibacterial properties are linked osmotic effect in solution, to the component in the hydrogen peroxide and the ability of its components to stimulate the immune system: it is proved that, once ingested, the honey promotes healing by controlling the microbial load and inflammation (indicated by a reduction in prostaglandin levels); its efficacy has been observed on both strains of positive and negative Gram9,10,11,12 it is also relevant the antiviral activity demonstrated in researches that suggest the presence of honey in compounds useful anti-zoster virus function13.

Even the aerial parts of the elder plant contain substances (flavonoids) whose antiviral mechanisms are believed to counteract influenza virus types A and B by inhibiting viral replication and preventing infection14,15,16; the plant also has strong antibacterial effects: Experiments have shown that it can help reduce or even prevent biofilm formation in Staphylococcus aureus strains resistant to antibiotics in infections of the soft tissues of the skin17 also has antimicrobial activity against Gram-positive bacteria and Gram-negative organisms such as Branhamella catarrhalis18.

Good antimicrobial properties19,20,21 were also observed in the oil of fennel seeds: research on active compounds showed inhibitory effects against strains of gram-negative and gram-positive22,23,24.

A good antimicrobial activity was also found in the oil of star anise (Illicium verum). In fact, some of its compounds, not only have considerable antibacterial activity against various drug-resistant strains, but have also been shown to have synergistic effects with certain antibiotics, present on the market, for which it was assumed its use for the development of these medicines and25 as in recent years the overuse of antibiotics has led to the selection of microorganisms resistant to conventional therapies, causing increasing difficulty of treatment, this seems one of the effective ways to solve the problem26,27,28,29.

The loss of voice is a frequent consequence of an acute vocal effort, it could happen when a person has to talk in crowded places or, as an example, to certain categories of workers such as teachers or singers.

Disorders of the voice as loss of voice and hoarseness are caused by laryngitis: an inflammatory process of the larynx and vocal cords that once inflamed change their ability to vibrate, consequently the sound of the voice is altered or sometimes disappears completely. Laryngitis can be the result of a viral infection, an excessive use of the voice, the abuse of alcohol, smoking, use of narcotics, gastro-esophageal reflux and in severe cases can also be a cancer symptom.

The use of natural anti-inflammatories such as honey and elderberry, can relieve the symptoms and give comfort to the throat. In certain inflammatory pathologies, the assumption of honey is able to decrease the inflammatory state with comparable efficacy to certain anti-inflammatory drugs; it is assumed that the mechanism of action provides for the inhibition of free radical formation, which normally are released by inflamed tissues, to which is added an antibacterial effect and a direct anti-inflammatory effect, due to the component in flavonoids (known antioxidants) which inhibit the release of pro-inflammatory cytokines such as TNF-α and IL-1β30,31.

The elder is used in traditional medicine for anti-inflammatory properties: in Turkey is mainly used for this activity15,32 which today is supported by many scientific studies. Among its active compounds there are the terpenes, substances that in the last two decades have become more and more relevant for the pharmacological anti-inflammatory, antibacterial, antiviral and anticancer effects.

But also fennel and anise oil are able to alleviate inflammatory states: oral administration of the two oils has been shown to make benefit in acute and subacute inflammatory diseases thanks to an analgesic effect33,34,35.

Melcalin BenVog tablets are indicated to calm the cough, sore throat, hoarseness problems especially during the cold months or the upper respiratory tract is too stressed. 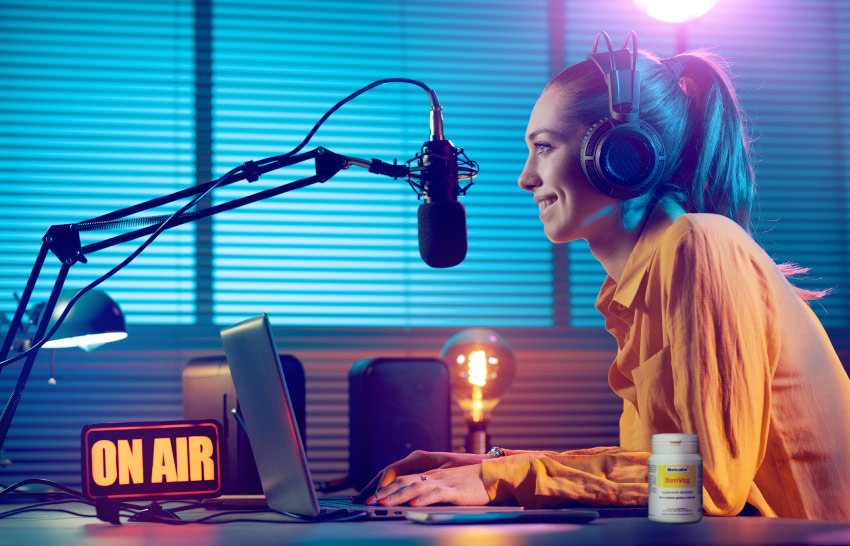